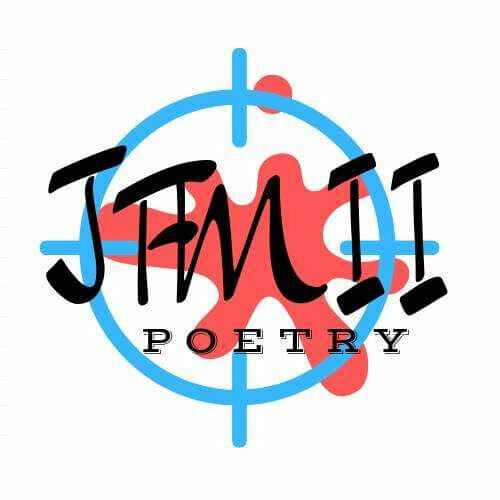 THE POETRY (of JFM II) SHOP

Words uniquely written to stand apart and define the undefinable with simplicity and complexity in a common understanding of balance. 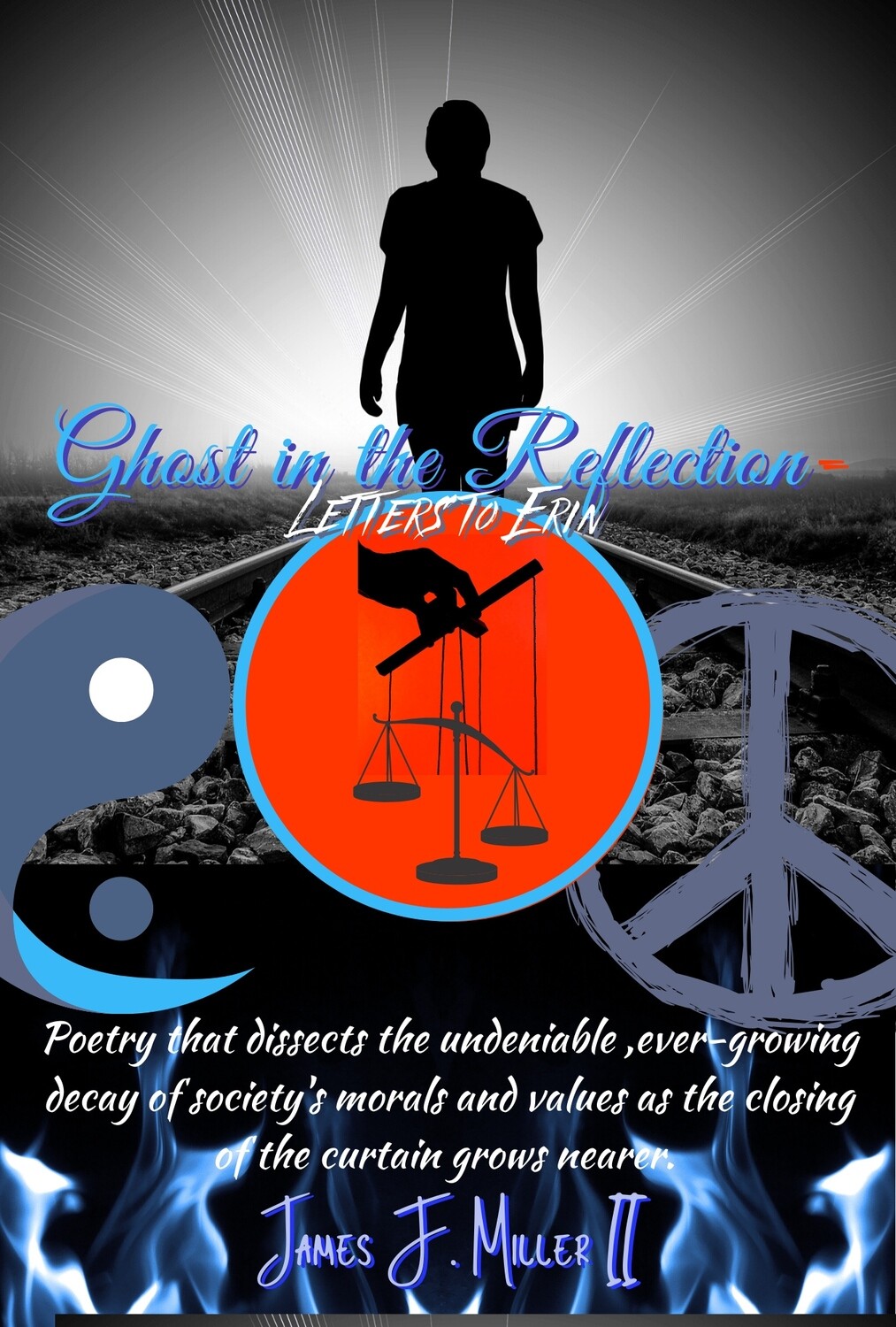 Ghost in the Reflection-Letters to Erin PDF Version

We are sitting upon the wall waiting as the world has taken its downward spiral. The Self has become deemed more worthy than the collective being, and we await from the sidelines for the whole show to crash and burn. From the poetic mind of James F. Miller II we gain a view of a world deteriorating before our very eyes, observations that are felt on a global scale yet, like a dark taboo are never forefront in discussions or motions of reform. From the poet's pen we gain the words of several shattered voices that limp through each day casualties of this unacknowledged war. We share with those narrative voices the glories of their highs and we swallow that difficult gulp of their pain.
This manuscript began as two shorter chapbooks combined into this one collection. Ghost in the Reflection-Letters to Erin, the first section of the book began originally as a series on Channillo.com titled simply Ghost in the Reflection. It was a collection in the works that addressed the decline of kindness and morality in modern society. It is a collection of observations of a world that by day becomes less the par. A variety of voices tell their stories, outlining a decline in morals, values and/or society in general. These footprints follow the voices and observations of writers many generations before us. As the series began to take shape and grow it began to ring similiar to a second collection that poet had sitting in the files of his desktop computer.
This other collection became the soul of the second half of the collection. Entitled Letters to Erin, its poetry is a narrative that displays these declines of morals and values portrayed as the thorns they have become in the present day traditional relationship, which is the core of any society. It documents the highs and the lows and the daily battles between love and hate, against the backdrop of society’s decaying morality. It examines the hurt, the struggle, the deceit, betrayal, and the disappointments that arrive in such an arrangement. We can find every darker aspect of this decline represented inside the shadows of these brutal wounds decorated with the harshness of unfiltered truth. Truly we rise to the a point just above the sun in the highs of these words yet equally we feel the skin tear and peel away as it scrapes the concrete slowly yet forcefully against the knee as we delved deeper along side their lows.
This collection contains mature topics and adult language not suitable for a younger audience.

"Talking about the writing style of a poet is really a tough thing to do. Most of the poems in this book are written in the third person. One thing I liked most in James' writing is that he loves to see his feelings through the lens of nature. The art of blending human emotions to nature is not everyone's cup of tea. But the poet did it very beautifully using proper words. His way of assigning thoughts to words is so perfect that I couldn't think of replacing a single word of the book". --Kangkan Moni Gayan-kmgreads blog review
"Ghosts in the Reflection are poems that show the decline in morals and society. They are moving and emotional and sometimes anger is also shown. They are raw and yet there’s something beautiful about the way they are written. They are powerful and bring strong images throughout them. The poems capture a time, a story observed very well. This poetry isn’t dull or boring, this is contemporary and has a great rhythm. It is relevant for readers today. Poetry, I am well aware, can be so easily dismissed. This isn’t a book to be dismissed so easily. This poetry is accessible. There’s nothing complicated about it and it is easy to follow. The poetry may be relatable to some readers, some may feel empathy or sympathy towards certain poems as the voices appear to be believable. The world has been well-observed by Jim Miller and through these poems are his findings of the state of the world we live in today." --Lou -Bookmarks and Stages blog review
"Miller is unafraid to delve into our current political and social climate in all its flaws, passionate love in all its ups and down and presents an ode to hope for our future children, that they will learn from our mistakes." --Isabelle Kenyon-Fly on the Wall Poetry

Save this product for later

Our mission is to bring to our customers those ingenious outside of the box ideas seen through to becoming the best product produced, packaged and shipped out inside of the box. We bring a voice to the unheard by providing the canvas to permit the artist to be seen. We represent the independent, the unknown, the visionaries whose works  deserve to be seen and heard. We pride ourselves on the one of a kind experience we deliver. 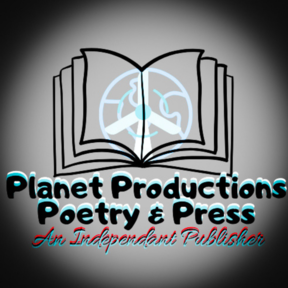 Planet Productions Poetry & Press is a small company built from the ground up on a dream, to become remembered as the best purchase and shopping experience in our customers' journey. We began from one poet with vision, hope and persistence and have evolved into a brand. We have since began evolving into a publishing press, two clothing lines, multiple online retail sites, a printing company, an advertising & marketing agency, a radio station and several e-zines. As we grow, we remain committed to our values of quality content and products, top of the line customer service and pursuit of education, experience and growth. We are not afraid to think outside of the box to bring to our customers the best product produced and shipped in the box.